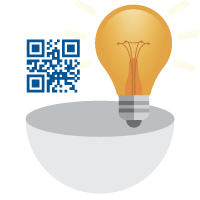 We are broadly interested in creating host-guest molecular recognition systems that can operate in pure water and in real biological fluids. These systems can be programmed to bind specifically to a variety of analytes, and much of our work has targeted post-translationally modified peptides and proteins (Chem. Sci. 2012, JACS 2012, Org. Lett. 2012, Acc. Chem. Res. 2013, Chem. Sci. 2015). We have also targeted a small-molecule cancer biomarker (Analyst, 2014). These recognition systems are then interfaced with sensitive detection methods including fluorescence (JACS 2012, JACS 2018, JACS 2019), luminescence, and nanomaterial-driven surface enhanced Raman spectroscopy. One of the guiding motivations for our work in this area is that affinity tools that are pure, homogenous chemical agents will have reproducibility and stability that is better than that of notoriously finicky antibody-based reagents (Anal. Chem. 2016). Funded projects that fall generally in this area include: creating enzyme assays that operate via a novel supramolecular mechanism, creating proteomics tools for studying trimethyllysine marks, developing new agents that target every known post-translational modification, and early cancer detection by simple urinalysis. We’re even doing applied science that aims to improve brewing by using our new bioanalytical methods to study yeast fermentation.